How to identify fake rent agreement? 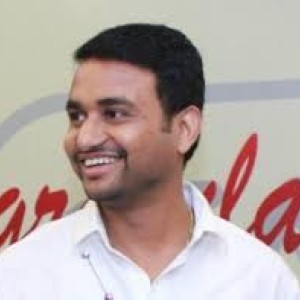 Few days back I got a call from one of my friends who had become a victim of fake rent agreement and due to which his only hard earned property was at stake. I guided him and also tried to help him out of the situation, however once the call got over, frankly speaking I was also shocked about the whole situation and got a self question that:
Question : How can one identify fake rent agreement and avoid one ?
Answer: Simple solution to avoid fake rent agreement is as follows:
1. Log on to https://efilingigr.maharashtra.gov.in/ereg/ go to Modify Entry/ View Status and Enter Token Number and Password and check status. A registered rent agreement will show Document Is Registered.
2. Go to https://freesearchigrservice.maharashtra.gov.in/ & navigate to tab Document Number here you can enter the details which are shown to you on bottom of your registered document, viz Doc No/ SRO/ Year.
3. Visit your nearest subregister office (SRO) and request them to check the validity of rent agreement provided to you.
4. Visit the subregister office mentioned on your document and request them to give a certified copy by paying the nominal fees required.
5. Last but not the lisit go to Digilocker app of government and import your document by entering registered document details.
Above are very simple yet effective steps to ensure the authenticity of your registered rent agreement and saving yourself from fake and un authorised documents.

1. Check if any SMS recieved from department

A. It happened thus that one of my colleague had registered a rent agreement through one of the local agent, the local agent gave him the registered rent agreement without taking the biometrics and that also in very minimal cost which was even less than the average government fees required for any rent agreement official registration. Everything went smooth and my friend also received a agreement copy which was same like registered rent agreement copy, however when after a year their was a issue in owner and tenants mutual understanding and the argument for the same heated up so much that he consulted one of the advocates for legal opinion , thats where he found that the agreement given was fake, and it does not stand as a proof in court of law. Poor he was astonished and saddened as now his property was at stake due to this fake agreement and instead of looking into tenancy matter he now needed to take a back foot and make a new agreement and find out the person who registered such kind of agreement.But, when he called me up and told the whole situation, I was also littile shocked and frankly angry on him too, because it was his carelesness and tendency of getting things in cheap which landed up him in such situation. When he had enquired for rent agreement registration, he must have recieved many agents calls for registration of rent agreement but he opted for the cheapest one without checking the background and this was the only reason which landed up him in such situation.

B. I have also came across situations where people opt for registration of rent agreement from Non Authorized Service Providers who guarantee them same day registration of rent agreement and that also in very less cost. Practically speaking it takes around 3 to 4 working days on an average to register a rent agreement by a SRO and this time period can be delayed or cut short too , wholly depending upon workload of SRO. No agent submitting your rent agreement can guarantee you the time period required for registering it, however many people just to fool around or to get business guarantee the same and provide fake agreement in given time period and afterwards when original document gets registerd keep the same with themselves.

C. Their are also scenarios where many agents complete the whole process of biometrics and form filing but never submit the rent agreement nor pay the government fees. Accordingly they take whole cost from the client and provide fake rent agreement, their by keeping whole amount of agreement and government fee.

All above scenarios and many other different frauds happen day after day and one should hence not fall prey to cheap cost agreement without checking the background of agreement provider company. It hardly takes around 3 to 4k for normal rent agreement registration of 11 months and that also the service is provided doorstep, so the parties to agreement especially the owners of the property must ensure the autheticity of registered rent agreement.

How to save oneself from fake rent agreements:

Same is applied when you go for any government related services which are essential for you. Basically government registrations, returns, filings are nothing but mechanism to ensure safety and compliance of your assets and property only. These all documents would be of great help to prove your ownership on the assets claimed.
Below are som simple checkpoints which one should check so that he gets authentic service:
• Check if the rent agreement service provider is a Authorized Service Provider(ASP) registered with Inspector general of registrations (IGR) department. You can always ask them for ASP No.
• Check if the service provider is himself providing the service or is just outsourcing the work to any local agents, who are anyways not answerable and organised.
• Check if their are any hidden charges or charges excluding which are mentioned on the advertisement of the service provider, as many internet aggreggators only take work and outsource the same , therby increasing the cost and charging hidden cost.
• Check the government fees required for your agreement by visiting https://efilingigr.maharashtra.gov.in/ereg/ and checking stamp duty and registration fees required for your document. The fees charged by the service provider should always be more than 700Rs than these fees if he is providing the rent agreement service. If its less then it might be from unauthorised person

Ensure that all have registered document no on the same including SRO No and document year.

As expalined above one can follow simple steps and get the document authencity confirmed. Also by following checklist one can also confirm that he or she does not fall prey to the fraudulent agreements process.
One can always refer Consultaxx as trusted partner for rent agreement registration. They are ASP and a ISO certified firm providing registered rent agreement service all over India and most of the foreign countries too. Most important thing is their are no hidden charges charged and whole of the process is taken care by them and not outsourced.
You can get your rent agreement registered through us. Click here to know more.

We thank you freepik.com for images and vectors.